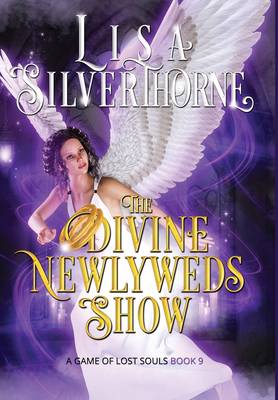 Called away from her honeymoon with Jack, Talia returns to Heaven to pursue an archangel that escaped his High House prison.

Joined by a legion of demons and remnants of his former guard, Archangel Samael flees with the stolen Book of Secrets.

Meanwhile, Jack battles demons and former costars-turned-demons as the show's new season begins rehearsals. Until an unlikely visitor asks for Jack's help. Plunging Jack into the middle of Heaven's hunt for Archangel Samael who is hell-bent on delivering the Book of Secrets to Lucifer in Hell-at any cost in...The Divine Newlyweds Show

The Divine Newlyweds Show is the ninth novel in the A Game of Lost Souls series. This series is a slow-burn, serial romance set in a contemporary fantasy world of angels, demons, and humans that collide on the set of a low-budget reality TV show. Where the stakes are much higher than television matchmaking. It has some strong language and some sexy times.