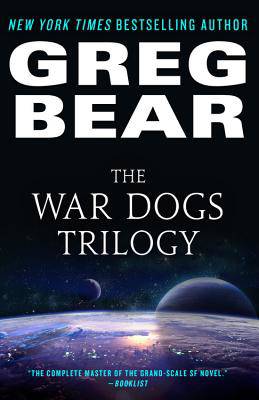 Collected in a single volume for the first time, the epic War Dogs trilogy of interstellar war from a master of science fiction. The Gurus made their presence on Earth known thirteen years ago. Providing technology and scientific insights far beyond what mankind was capable of, they became indispensable advisors and promised even more gifts that we just couldn't pass up. But they were followed by mortal enemies -- the Antagonists -- from sun to sun, planet to planet, and now the Gurus are stretched thin -- and they need humanity's help. Our first bill has come due. Skyrines like Michael Venn have been volunteered to pay the price. They face insidious enemies who were already inside the solar system, establishing a beachhead on Mars. Venn and his comrades will be lucky to make it out alive -- let alone preserve the future of all of mankind.