"My last secretary was thirty-five," old M. said gloomily, "and no more sense than a child of ten. Or else she wasn't all there. You all there?" he asked suddenly, giving Maud a searching look. "No banging your head on the table? No throwing the china at me? Hey?"

Young Maud has made her escape from an overbearing stepmother and come to stay with her cousin Alice and Alice's companion Miss Conway in the countryside. Alice and "Con" have arranged a job for her as secretary to Mr Feniston, an eccentric and intimidating neighbor who seems to have driven his previous secretary to a nervous breakdown.

In between cataloguing Mr Feniston's library, dodging his temper, and encounters, awkward and intriguing in turn, with his son and an alienated nephew, Maud finds herself involved with local eccentricities and dramas, including a "secret" romance which has everyone talking. She may never be the same after this winter away!

Furrowed Middlebrow is delighted to make available, for the first time in over half a century, all six of Elizabeth Fair's irresistible comedies of domestic life. These new editions all feature an introduction by Elizabeth Crawford.

"Miss Fair's understanding is deeper than Mrs. Thirkell's and her humour is untouched by snobbishness; she is much nearer to Trollope, grand master in these matters."--Stevie Smith

"Miss Fair makes writing look very easy, and that is the measure of her creative ability."--Compton Mackenzie 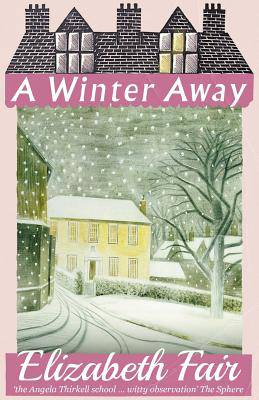