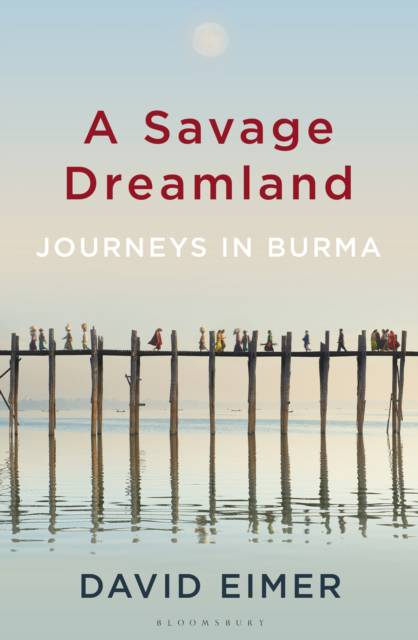 David Eimer journeys to the heart of Burma and out to its unexplored vistas, bringing to vivid life all its riches and complexities.

For almost fifty years Burma was ruled by a paranoid military dictatorship and isolated from the outside world. At this time, Burma became Myanmar without local accord. Eimer sides with the locals by using its original name, refusing to let the nation's history be rewritten. In 2015, a historic election swept an Aung San Suu Kyi-led civilian government to power and was supposed to usher in a new golden era of democracy and progress, but Burma remains unstable and undeveloped, a little-understood country. Nothing is straightforward in this captivating land-home to a combustible mix of races, religions and resources. Eimer reveals a country where temples take priority over infrastructure, fortune tellers thrive and golf courses are carved out of war zones. Setting out from Yangon, David Eimer travels through this enigmatic nation, from the tropical south to the Burmese Himalayas in the far north. The story of modern Burma is told through the voices of the people Eimer encounters: former political exiles, squatters in Yangon's shanty towns, radical monks, Rohingya refugees, princesses and warlords, and ethnic minorities clustered along Burma's frontiers. Layers of history are unfurled and innumerable stories are woven together to create a sensitive and revelatory portrait of this mysterious country. Authoritative and ground-breaking, A Savage Dreamland: Journeys in Burma is set to be a modern classic of travel writing.