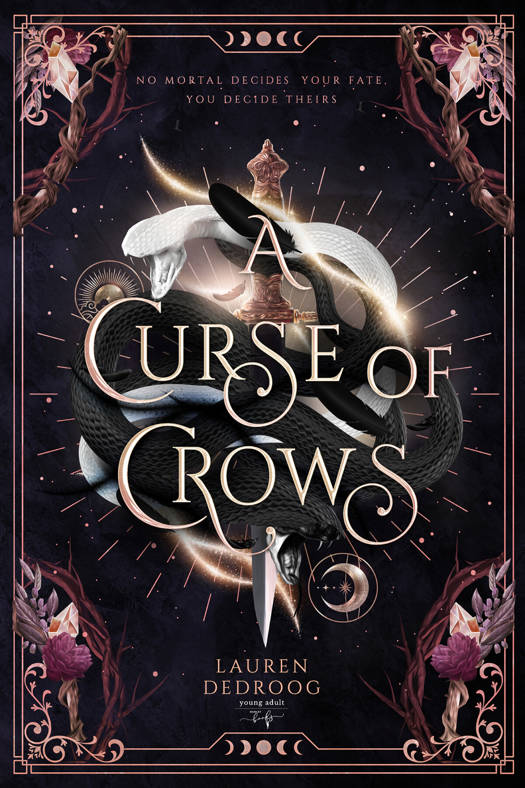 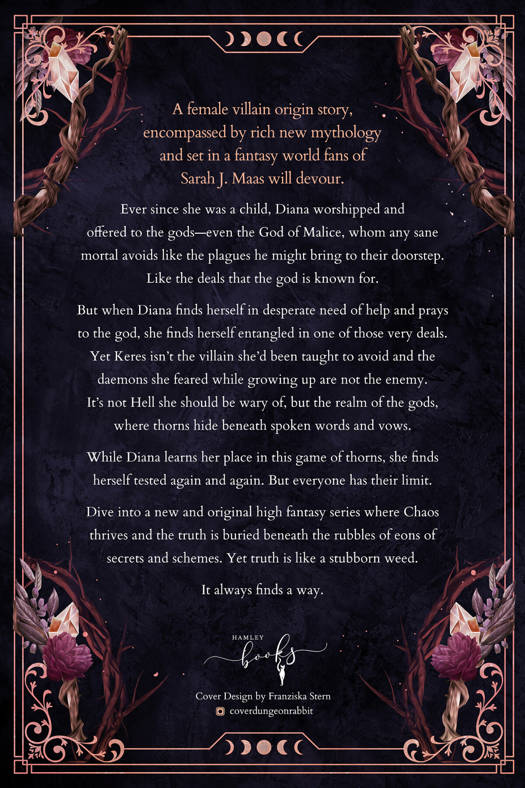 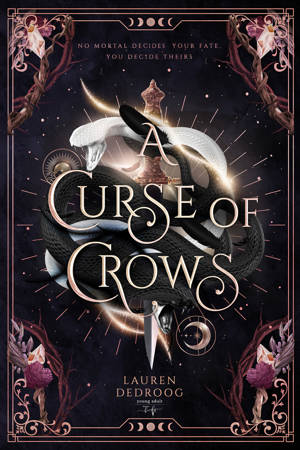 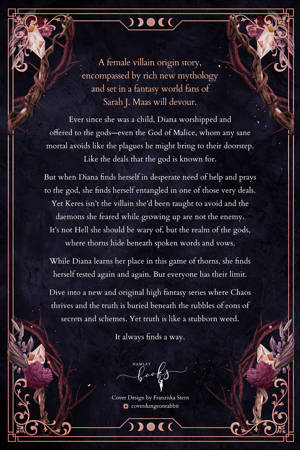 A Curse of Crows

A female villain origin story, encompassed by rich new mythology and set in a fantasy world fans of Sarah J. Maas will devour.

Ever since she was a child, Diana worshipped and offered to the gods—even the God of Malice, whom any sane mortal avoids like the plagues he might bring to their doorstep. Like the deals that the god is known for.

But when Diana finds herself in desperate need of help and prays to the god, she finds herself entangled in one of those very deals. Yet Keres isn’t the villain she’d been taught to avoid and the daemons she feared while growing up are not the enemy. It’s not Hell she should be wary of, but the realm of the gods, where thorns hide beneath spoken words and vows.

While Diana learns her place in this game of thorns, she finds herself tested again and again.

But everyone has their limit.

Dive into a new and original high fantasy series where Chaos thrives and the truth is buried beneath the rubbles of aeons of secrets and schemes. Yet the truth is like a stubborn weed.

It always finds a way.

Reeks:
A Curse of Crows and Serpents