A wide range of issues besieges women globally, including economic exploitation, sexist oppression, racial, ethnic, and caste oppression, and cultural imperialism. This book builds a feminist social justice framework from practices of women's activism in India to understand and work to
overcome these injustices. The feminist social justice framework provides an alternative to mainstream philosophical frameworks that promote global gender justice: for example, universal human rights, economic projects such as microfinance, and cosmopolitanism. McLaren demonstrates that these
frameworks are bound by a commitment to individualism and an abstract sense of universalism that belies their root neo-liberalism. Arguing that these frameworks emphasize individualism over interdependence, similarity over diversity, and individual success over collective capacity, McLaren draws on
the work of Rabindranath Tagore to develop the concept of relational cosmopolitanism. Relational cosmopolitanism prioritizes our connections while, crucially, acknowledging the reality of power differences. Extending Iris Young's theory of political responsibility, McLaren shows how Fair Trade connects to the economic solidarity movement. The Self-Employed Women's Association and
MarketPlace India empower women through access to livelihoods as well as fostering leadership capabilities that allow them to challenge structural injustice through political and social activism. Their struggles to resist economic exploitation and gender oppression through collective action show the
vital importance of challenging individualist approaches to achieving gender justice. The book is a rallying call for a shift in our thinking and practice towards re-imagining the possibilities for justice from a relational framework, from independence to interdependence, from identity to
intersectionality, and from interest to socio-political imagination. 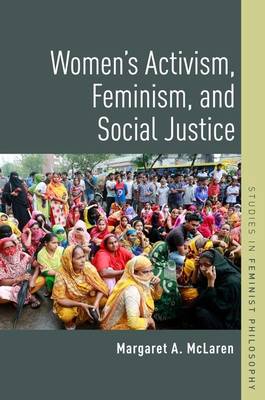