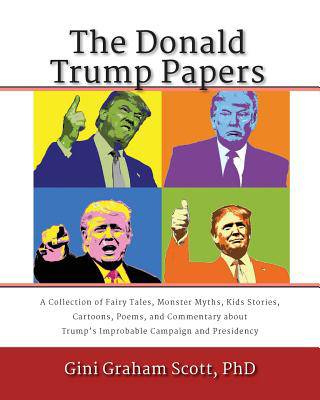 THE DONALD TRUMP PAPERS is a collection of fairy tales, monster myths, kids' stories, cartoons, poems, and commentary about Trump's improbable campaign and presidency. It features thoughts, along with photos and illustrations, on recent news about Trump's campaign, election, and first months of taking office. Today, as the U.S. faces all kinds of challenges and the White House has been in continuous conflict and chaos, the topics covered in these papers are more relevant than ever.

The book is divided into these sections:

- Children's stories for adults, featuring "The Battles of Donnie and Teddy"

- Cartoon books, featuring "Trump Is Extinct...or May Be Soon!" "Trump Is Nuts!" and "Trump Is an Animal!"

- Poems, including "Dear Donald Trump, What's Wrong with the FBI?" and "Dear Donald Trump, Are We Going to War?
The author Gini Graham Scott began writing these papers as a columnist for the Huffington Post, and she teamed up with artist Nick Alexander who contributed most of the illustrations. She is the author of over 150 books, 50+ with traditional publishers, and 150+ with her company Changemakers Publishing, which specializes in business, self-help, and social trends. 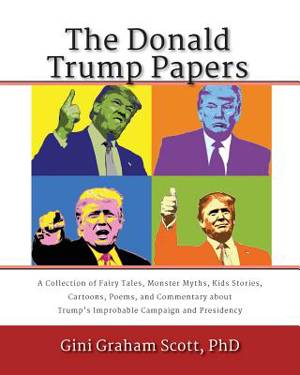