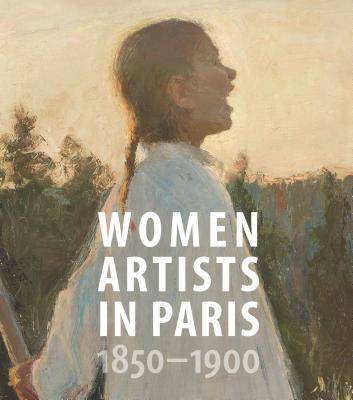 A celebration of the work and lives of women artists who shaped the art world of 19th-century Paris In the second half of the 19th century, Paris attracted an international gathering of women artists, drawn to the French capital by its academies and museums, studios and salons. Featuring thirty-six artists from eleven different countries, this beautifully illustrated book explores the strength of these women's creative achievements, through paintings by acclaimed Impressionists such as Mary Cassatt and Berthe Morisot, and extraordinary lesser-known artists such as Marie Bashkirtseff, Anna Bilińska-Bohdanowicz, Paula Modersohn-Becker, and Hanna Pauli. It examines their work against the sociopolitical background of the period, when women were mostly barred from formal artistic education but cleverly navigated the city's network of ateliers, salons, and galleries. Essays consider the powerfully influential work of women Impressionists, representations of the female artist in portraiture, the unique experiences of Nordic women artists, and the significant presence of women artists throughout the history of the Paris Salon. By addressing the long-undervalued contributions of women to the art of the later 19th century, Women Artists in Paris pays tribute to pioneers who not only created remarkable paintings but also generated momentum toward a more egalitarian art world. Published in association with the American Federation of Arts