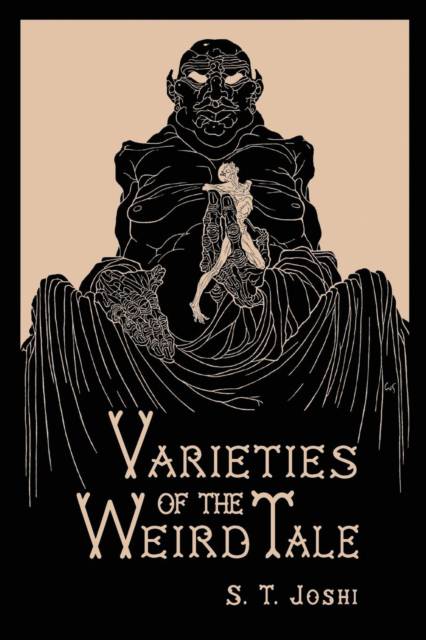 Varieties of the Weird Tale

In his forty-year career as a critic and editor of weird fiction, S. T. Joshi has had occasion to study many of the leading writers of fantasy and horror fiction, and this book embodies some of his most provocative discussions on weird writers over the past century or more.

The "golden age" of weird fiction ranged from about 1880 to 1940, and Joshi studies such leading writers as Ambrose Bierce and Bram Stoker, as well as little-known but fascinating figures such as Edna W. Underwood and Gertrude Atherton. Bierce's pungent political satires, rarely discussed by critics, are analyzed in detail, and we learn of both the lives and the writings of such pioneering writers of ghostly fiction as Mary E. Wilkins Freeman and E. Nesbit.

The early decades of the 20th century saw the emergence of such titans as Lord Dunsany and M. R. James, and Joshi provides penetrating glimpses into their variegated work. This was also an era of lesser-known figures, and Joshi shows how the work of Sax Rohmer, Irvin S. Cobb, and Maurice Level contributed to the development of weird fiction. Contemporary writers ranging from Ramsey Campbell, Thomas Ligotti, and Caitlín R. Kiernan are also studied in detail.

All told, this volume provides illuminating glimpses of many of the leading writers of the weird tale over the past century and a half, and also adds to S. T. Joshi's stature as the leading critic of weird fiction today.