The Psychology of Yoga

Integrating Eastern and Western Approaches for Understanding the Mind

How the mind works according to the ancient yogic traditions, compared and contrasted to the approaches of Western psychology--by one of the greatest yoga scholars of our time. Georg Feuerstein begins the book by establishing the historical context of modern Western psychology and its gradual encounter with Indian thought, then follows this introduction with twenty-three chapters, each of which presents a topic--generally a point of correspondence or distinction--between Western and Eastern paradigms. These are grouped into three general sections: Foundations, Mind and Beyond, and Mind In Transition. The book concludes with a brief epilogue as well as three appendices, adding depth to the discussion of the ancient yoga traditions as well as an informative survey of yoga psychology literature. The Psychology of Yoga is a feast of wisdom and lore, assembled from a perspective possible only for one whose monumental scholarship has been tempered and leavened by practice. 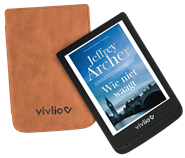