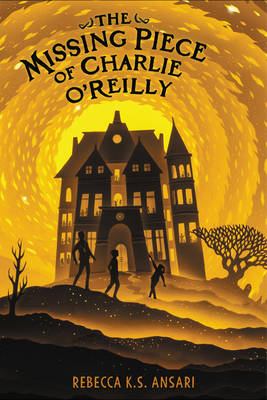 The Missing Piece of Charlie O'Reilly

"As puzzle pieces click into place, The Missing Piece of Charlie O'Reilly reveals that it's stories--and family--that make us whole. A deeply satisfying and beautiful book." --Elana K. Arnold, National Book Award finalist and author of The Question of Miracles

Charlie O'Reilly is an only child. Which is why it makes everyone uncomfortable when he talks about his brother.

Liam. His eight-year-old kid brother, who, up until a year ago, slept in the bunk above Charlie, took pride in being as annoying as possible, and was the only person who could make Charlie laugh until it hurt.

Then came the morning when the bunk, and Liam, disappeared forever. No one even remembers him--not Charlie's mother, who has been lost in her own troubles; and not Charlie's father, who is gone frequently on business trips. The only person who believes Charlie is his best friend, Ana--even if she has no memory of Liam, she is as determined as Charlie is to figure out what happened to him.

The search seems hopeless--until Charlie receives a mysterious note, written in Liam's handwriting. The note leads Charlie and Ana to make some profound discoveries about a magic they didn't know existed, and they soon realize that if they're going to save Liam, they may need to risk being forgotten themselves, forever.

Rebecca K.S. Ansari's debut novel is a stunning contemporary fantasy about love, loss, and the power to forgive that we all have inside us--even if we sometimes forget that it's there.