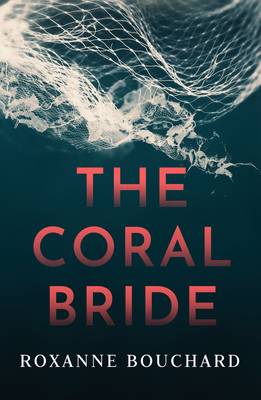 In this beautiful, lyrical sequel to the critically acclaimed We Were the Salt of the Sea, Detective Moralès finds that a seemingly straightforward search for a missing fisherwoman off Quebec's Gaspé Peninsula is anything but ...

'Wonderfully atmospheric ... I genuinely couldn't put this book down' Gill Paul 'You might want to grab this release if you've read everything by Louise Penny and need more Quebecois noir to feed your crime-loving tendencies' Crime Fiction Lover _________________ When an abandoned lobster trawler is found adrift off the coast of Quebec's Gaspé Peninsula, DS Joaquin Moralès begins a straightforward search for the boat's missing captain, Angel Roberts - a rare female in a male-dominated world. But Moralès finds himself blocked at every turn - by his police colleagues, by fisheries bureaucrats, and by his grown-up son, who has turned up at his door with a host of his own personal problems. When Angel's body is finally discovered, it's clear something very sinister is afoot, and Moralès and son are pulled into murky, dangerous waters, where old resentments run deep. Exquisitely written, with Bouchard's trademark lyrical prose, The Coral Bride evokes the power of the sea on the communities who depend on it, the never-ending struggle between the generations, and an extraordinary mystery at the heart of both. _________________ Praise for Roxanne Bouchard: 'Colourful, authentic characters with the kind of flavour that can only be inspired by real locals. So good it'll make you want to pack your bags and drive straight to the seaside' Journal de Montréal 'Lyrical and elegiac, full of quirks and twists' William Ryan 'Asks questions right from page one' Quentin Bates 'An isolated Canadian fishing community, a missing mother, and some lovely prose. Very impressed by this debut so far' Eva Dolan 'A tour de force of both writing and translation' Su Bristow 'The translation from French has retained a dreamily poetic cast to the language, but it's det-fic for all that, as DS Joaquin Morales, transplanted from balmy Mexican shores to a remote Quebecois fishing community, investigates a woman's death at sea. This is the first book by Bouchard, renowned Canadian playwright and author, to be translated into English' Sunday Times 'Characters are well-drawn, from Moralès, the cop, and his sturdy inspector, Marlène, to the husky fishermen who were Marie's devoted suitors three decades ago. There's a comic element: the chef at the bistro, a mine of misleading information; the alcoholic priest who was never ordained - and the appalling undertaker who was once a used-car salesman and never forgot the spiel ... An exotic curiosity, raw nugget' Shots Mag