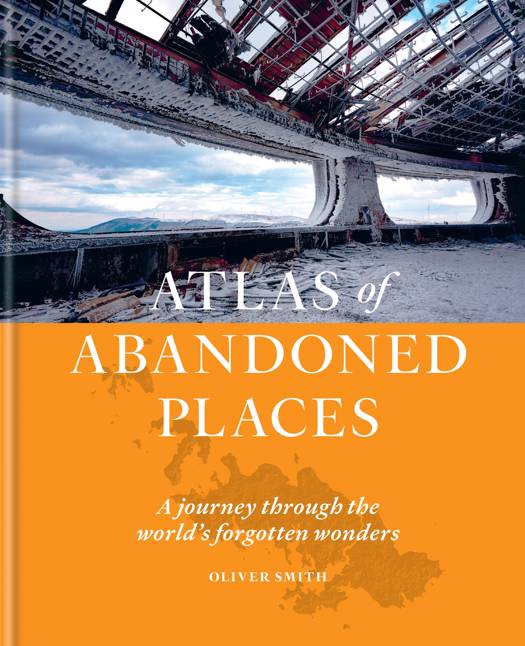 The Atlas of Abandoned Places E-BOOK

'A remarkable collection of wonders...Lavishly produced, cleverly curated and elegantly scripted, it takes us to some of the strangest places on Earth, and offers us a peep through the keyhole.' The Spectator

The globe is littered with forgotten monuments, their beauty matched only by the secrets of their past.

A glorious palace lies abandoned by a fallen dictator. A grand monument to communism sits forgotten atop a mountain. Two never-launched space shuttles slowly crumble, left to rot in the middle of the desert. Explore these and many more of the world's lost wonders in this atlas like no other.

With remarkable stories, bespoke maps and stunning photography of fifty forsaken sites, The Atlas of Abandoned Places travels the world beneath the surface; the sites with stories to tell, the ones you won't find in any guidebook.

Award-winning travel writer Oliver Smith is your guide on a long-lost path, shining a light on the places that the world forgot.

Locations featured in the book include: