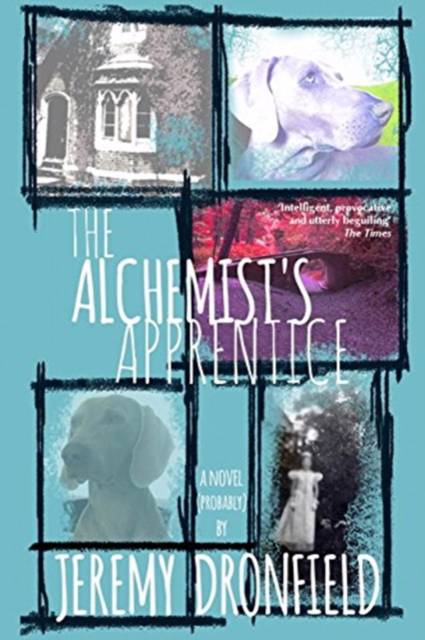 The Alchemist's Apprentice is a tragi-comic novel about love, loyalty and the power of imagination, in which the line between the universe of fiction and the world of reality disappears. Madagascar Rhodes was probably the most famous author in the world. His magical, heart-warming novel, the eponymous The Alchemist's Apprentice (about the adventures of a young Jewish girl in Malta during World War II) enchanted millions of readers. And yet, strangely, you've never heard of him. Or his amazing book. In fact, it's as if Madagascar Rhodes never existed. To unravel the tangled threads of reality and - what? Fantasy? Dreams? Plain old-fashioned fabrication? - you have to go back to the beginning. To a rather odd New Year's Eve party in 1996. Or earlier, to a chance encounter with a ghostly girl in a sunny English garden. Or perhaps it all really began when an unsuccessful novelist called Roderick Bent embarked on a routine train journey from King's Cross and found himself travelling into an inexplicable nightmare ... 'Funny, weird and intricate ... A gifted, original writer'
Sunday Telegraph 'Intelligent, provocative and utterly beguiling ... Dronfield writes with a breezy good humour and insouciant flair and ... offers some thought-provoking meditations on the nature of fiction and its relationship with reality. He also has a flawless control of the mechanisms of fiction, playing his literary tricks with baffling dexterity'
The Times 'A captivating metaphysical mystery and an otherworldly love story'
The Sunday Times 'The story mixes elements of Iain Banks' wilfully perverse attitude with the absurdity of Douglas Adams at his best ... A fine read'
Scotland on Sunday 'Entertaining, funny, well observed, with a wicked viciousness when observing everyday people'
BBC Radio Scotland 'A genuinely magical novel: funny, clever and weird'
Michael Marshall Smith '... absolutely huge fun, satisfying, twisty and cool in every way. ... Go for it- funny, clever and, in a world starved of individual voices, *different*- a story about books, alternative worlds, mysteries and the love a man can have for a large badly behaved dog'
Jenny Colgan