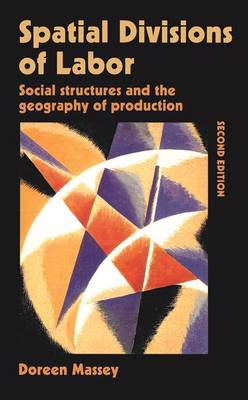 Debate still rages over some of the questions Doreen Massey provoked in the classic first edition of SpatialDivisions of Labor, such as the nature of theory, the importance of contingency and uniqueness, and the relationship of Marxism. This second edition addresses these controversies, and also reflects on other debates which have taken place over the last decade. It contains a new first chapter and a lengthy additional concluding essay in which Massey takes up the issues of the book's relation to Marxism, its position on explanation, its argument about the conceptualization of social space and its relation to gender and feminism.