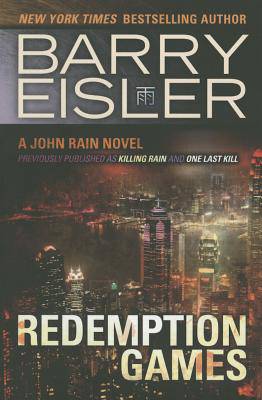 Previously published as Killing Rain and One Last Kill

After nearly dying while taking out a target in Hong Kong, Rain has a new employer, the Mossad, which wants him to fix a "problem" in Manila. He also has a new partner, Dox, whose good-ol'-boy persona masks a sniper as deadly as Rain himself. And he has a new hope: that by using his talents in the service of something good, he might atone for all the lives he has taken. But when Rain's conscience causes him to botch the Manila hit, he finds out the next problem the Mossad wants fixed is himself. Is Delilah, his Mossad lover, coming to help him? Or was she sent to finish him off?