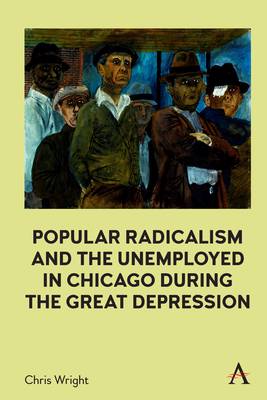 Popular Radicalism and the Unemployed in Chicago During the Great Depression

In a time when mass joblessness and precarious employment are becoming issues of national concern, it is useful to reconsider the experiences of the unemployed in an earlier period of economic hardship, the Great Depression. How did they survive, and how did they fight against inhumane government policies? Americans are often thought to be a very conservative and individualistic people, but the collective struggles of the supposedly "meek" and "atomized" unemployed in the 1930s belie that stereotype.

Focusing on the bellwether city of Chicago, this book reevaluates those struggles, revealing the kernel of political radicalism and class resistance in practices that are usually thought of as apolitical and un-ideological. From communal sharing to "eviction riots," from Unemployed Councils to the nationwide movement behind the remarkable Workers' Unemployment Insurance Bill, millions of people fought to end the reign of capitalist values and usher in a new, more socialistic society. While they failed in their maximal goal of abolishing economic insecurity and the disproportionate power of the rich, they did wrest an incipient welfare state from the ruling class. Today, their legacy is their resilience, their resourcefulness, and their proof that the unemployed can organize themselves to renew the struggle for a more just world.