Throughout the nineteenth century, legal barriers to Jewish citizenship were lifted in Europe, enabling organized Jewish communities and individuals to alter radically their relationships with the institutions of the Christian West. In this volume, one of the first to offer a comparative overview of the entry of Jews into state and society, eight leading historians analyze the course of emancipation in Holland, Germany, France, England, the United States, and Italy as well as in Turkey and Russia. The goal is to produce a systematic study of the highly diverse paths to emancipation and to explore their different impacts on Jewish identity, dispositions, and patterns of collective action.

Jewish emancipation concerned itself primarily with issues of state and citizenship. Would the liberal and republican values of the Enlightenment guide governments in establishing the terms of Jewish citizenship? How would states react to Jews seeking to become citizens and to remain meaningfully Jewish? The authors examine these issues through discussions of the entry of Jews into the military, the judicial system, business, and academic and professional careers, for example, and through discussions of their assertive political activity. In addition to the editors, the contributors are Geoffrey Alderman, Hans Daalder, Werner E. Mosse, Aron Rodrigue, Dan V. Segre, and Michael Stanislawski. Originally published in 1995. The Princeton Legacy Library uses the latest print-on-demand technology to again make available previously out-of-print books from the distinguished backlist of Princeton University Press. These editions preserve the original texts of these important books while presenting them in durable paperback and hardcover editions. The goal of the Princeton Legacy Library is to vastly increase access to the rich scholarly heritage found in the thousands of books published by Princeton University Press since its founding in 1905. 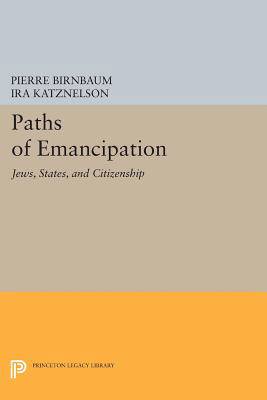