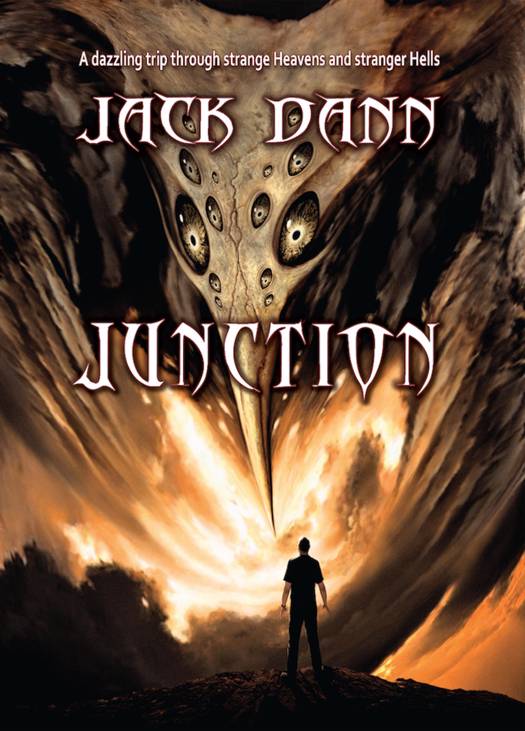 When Ned Wheeler sets out on a journey from the overly pious yet ribald community that is Junction—situated on the outskirts of Hell—he has a nagging doubt that all is not right with the world. The appearance of  'a winged and many-eyed bird beast' had been seen by the god-fearing townsfolk as a portent of 'the end of days' and their fears and suspicions, directed toward Ned, persuade him to follow the beast into Hell itself. Little can he imagine the consequences of his actions, let alone comprehend the ensuing events...events that will cause him to question the very fabric of his existence and the reality of the world around him.

"Junction is where Ursula Le Guin's The Lathe of Heaven and Tony Boucher's The Quest for Saint Aquin meet...and yet it is an entirely new novel...I may very well be basing some of my future work on Junction."—Philip K. Dick