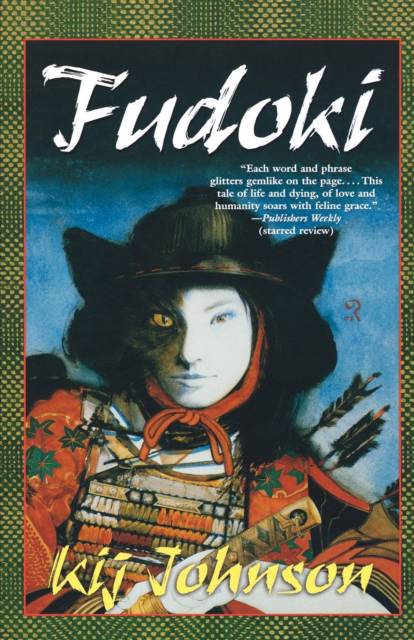 Enter the world of Kagaya-hime, a sometime woman warrior, occasional philosopher, and reluctant confidante to noblemen--who may or may not be a figment of the imagination of an aging empress who is embarking on the last journey of her life, setting aside the trappings of court life and reminiscing on the paths that lead her to death.

For she is a being who started her journey on the kami, the spirit road, as a humble tortoiseshell feline. Her family was destroyed by a fire that decimated most of the Imperial city, and this loss renders her taleless, the only one left alive to pass on such stories as The Cat Born the Year the Star Fell, The Cat with a Litter of Ten, and The Fire-Tailed Cat. Without her fudoki--self and soul and home and shrine--she alone cannot keep the power of her clan together. And she cannot join another fudoki, because although she might be able to win a place within another clan, to do so would mean that she would cease to be herself. So a small cat begins an extraordinary journey. Along the way she will attract the attention of old and ancient powers. Gods who are curious about this creature newly come to Japan's shores, and who choose to give the tortoiseshell a human shape.