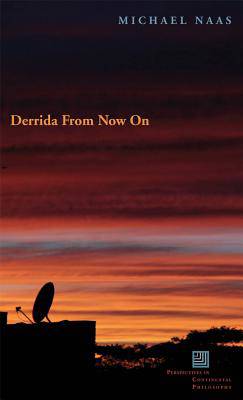 Derrida from Now on

Written in the wake of Jacques Derrida's death in 2004, Derrida From Now On attempts both to do justice to the memory of Derrida and to demonstrate the continuing significance of his work for contemporary philosophy and literary theory.

If Derrida's thought is to remain relevant for us today, it must be at once understood in its original context and uprooted and transplanted elsewhere. Michael Naas thus begins with an analysis of Derrida's attachment to the French language, to Europe, and to European secular thought, before turning to Derrida's long engagement with the American context and to the ways in which deconstruction allows us to rethink the history, identity, and promise of post-9/11 America. Taking as its point of departure several of Derrida's later works (from Faith and Knowledge and The Work of Mourning to Rogues and Learning to Live Finally), the book demonstrates how Derrida's analyses of the phantasms of sovereignty, the essential autoimmunity of democracy or religion, or the impossible mourning of the nation-state can help us to understand what is happening today in American culture, literature, and politics. Though Derrida's thought has always lived on only by being translated elsewhere, his disappearance will have driven home this necessity with a new force and an unprecedented urgency. Derrida From Now On is an effect of this force and an attempt to respond to this urgency.