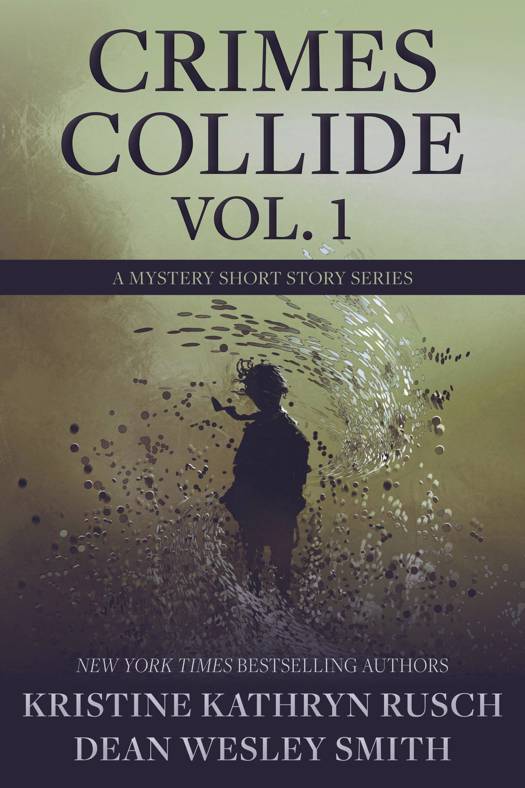 The First Volume in the Acclaimed Series!

For more than four decades, New York Times and USA Today bestselling writers Kristine Kathryn Rusch and Dean Wesley Smith have been writing professional mystery short stories that have won awards and sold millions of copies, plus they have been acclaimed and enjoyed by fans over the entire world.

Now, for the first time, they collect 100 of their mystery short stories into a five-volume series called Crimes Collide. Fifty stories total from each author, with ten stories from Rusch and ten from Smith in every volume.

Volume 1 starts off the series with light or cozy stories. Beginning with Rusch's "Stomping Mad," from her Spade/Paladin series, about a "murder" at a science fiction convention and ending with Smith's "Under the Skin of Death," from his Cold Poker Gang series, where two retired Las Vegas homicide detectives solve a cold murder case, this volume puts puzzle-solving front and center from page one.