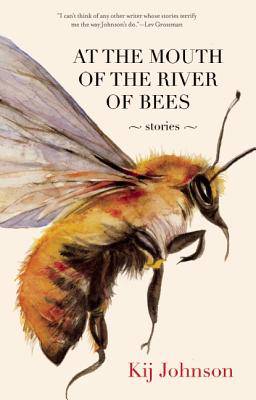 At the Mouth of the River of Bees

A sparkling debut collection from one of the hottest writers in science fiction: her stories have received the Nebula Award the last two years running. These stories feature cats, bees, wolves, dogs, and even that most capricious of animals, humans, and have been reprinted in The Year's Best Fantasy & Horror, Best Science Fiction and Fantasy of the Year, and The Secret History of Fantasy.

At the Mouth of the River of Bees
26 Monkeys, Also the Abyss
The Horse Raiders
Spar
Fox Magic
Names for Water
Schrodinger's Cathouse
My Wife Reincarnated as a Solitaire
Chenting, in the Land of the Dead
The Bitey Cat
The Empress Jingu Fishes
Wolf Trapping
The Man Who Bridged the Mist
Ponies
The Cat Who Walked a Thousand Miles
The Evolution of Trickster Stories Among the Dogs of North Park After the Change

Kij Johnson's stories have won the Sturgeon and World Fantasy awards. She has taught writing; worked at Tor, Dark Horse, and Microsoft; worked as a radio announcer; run bookstores; and waitressed in a strip bar.