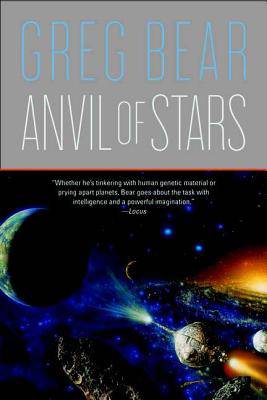 Greg Bear's The Forge of God described the destruction of Earth itself by self-replicating robots, Von Neumann machines designed to use the planet's mass to create more robotic creatures and spread throughout the Galaxy. In Anvil of Stars, only a few humans have survived, aided by a mysterious alien race known only as The Benefactors, who arrived at Earth too late.

Now the small group of human survivors is determined to track down the criminal race who launched the planet killers. Humanity is given a starship by The Benefactors, and driven only by revenge they set out to find the unknown beings who are responsible for the destruction of Earth, and many other worlds.