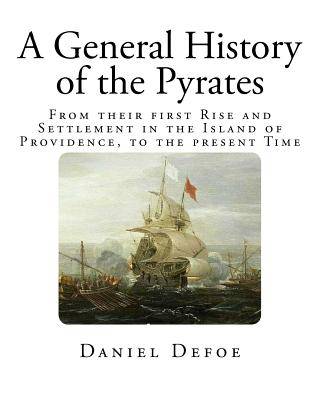 A General History of the Pyrates

From their first RISE and SETTLEMENT in the Island of Providence, to the present Time

A General History of the Pyrates

From their first RISE and SETTLEMENT in the Island of Providence, to the present Time - By Daniel Defoe.

With the remarkable Actions and Adventures of the two Female Pyrates, Mary Read and Anne Bonny. Piracy is typically an act of robbery or criminal violence at sea. The term can include acts committed on land, in the air, or in other major bodies of water or on a shore. It does not normally include crimes committed against persons traveling on the same vessel as the perpetrator (e.g. one passenger stealing from others on the same vessel). The term has been used throughout history to refer to raids across land borders by non-stateagents.

Piracy or pirating is the name of a specific crime under customary international law and also the name of a number of crimes under the municipal law of a number of States. It is distinguished from privateering, which is authorized by national authorities and therefore a legitimate form of war-like activity by non-state actors. Privateering is considered commerce raiding, and was outlawed by the Peace of Westphalia (1648) for signatories to those treaties.

Those who engage in acts of piracy are called pirates. Historically, offenders have usually been apprehended by military personnel and tried by military tribunals.

In the 21st century, the international community is facing many problems in bringing pirates to justice.

'HAVING taken more than ordinary Pains in collecting the Materials which compose the following History, we could not be satisfied with our selves, if any Thing were wanting to it, which might render it entirely satisfactory to the Publick: It is for this Reason we have subjoined to the Work, a short Abstract of the Laws now in Force against Pyrates, and made Choice of some particular Cases, (the most curious we could meet with) which have been heretofore tried, by which it will appear what Actions have, and what have not been adjudged Pyracy.

It is possible this Book may fall into the Hands of some Masters of Ships, and other honest Mariners, who frequently, by contrary Winds or Tempests, or other Accidents incident to long Voyages, find themselves reduced to great Distresses, either through Scarcity of Provisions, or Want of Stores. I say, it may be a Direction to such as those, what Lengths they may venture to go, without violating the Law of Nations, in Case they should meet other Ships at Sea, or be cast on some inhospitable Shore, which should refuse to trade with them for such Things as are absolutely necessary for the Preservation of their Lives, or the Safety of the Ship and Cargoe.

We have given a few Instances in the Course of this History of the Inducements Men have to engage themselves headlong in a Life of so much Peril to themselves, and so destructive to the Navigation of the trading World; to remedy which Evil there seems to be but two Ways, either to find Employment for the great Numbers of Seamen turn'd adrift at the Conclusion of a War, and thereby prevent their running into such Undertakings, or to guard sufficiently the Coast of Africa, the West-Indies, and other Places whereto Pyrates resort.' 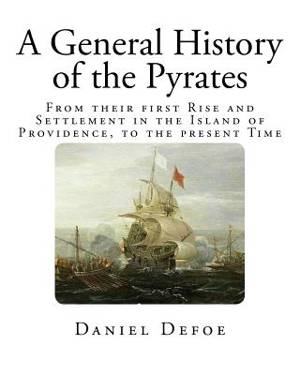