Classics for Your Collection: goo.gl/U80LCr --------- Ursula and Gudrun Brangwen are sisters living in The Midlands in England in the 1910s. Ursula is a teacher, Gudrun an artist. They meet two men who live nearby, school inspector Rupert Birkin and coal-mine heir Gerald Crich, and the four become friends. Ursula and Birkin become involved, and Gudrun and Gerald eventually begin a love affair. All four are deeply concerned with questions of society, politics, and the relationship between men and women. At a party at Gerald's estate, Gerald's sister Diana drowns. Gudrun becomes the teacher and mentor of Gerald's youngest sister. Soon Gerald's coal-mine-owning father dies as well, after a long illness. After the funeral, Gerald goes to Gudrun's house and spends the night with her while her parents sleep in another room. Birkin asks Ursula to marry him, and she agrees. Gerald and Gudrun's relationship, however, becomes stormy. The two couples holiday in the Alps. Gudrun begins an intense friendship with Loerke, a physically puny but emotionally commanding artist from Dresden. Gerald, enraged by Loerke and most of all by Gudrun's verbal abuse and rejection of his manhood, and driven by his own internal violence, tries to strangle Gudrun. Before he has killed her, however, he realises that this is not what he wants, and he leaves Gudrun and Loerke, and climbs the mountain, eventually slips into a snowy valley where he falls asleep, and freezes to death. The impact of Gerald's death upon Birkin is profound. The novel ends a few weeks after Gerald's death with Birkin trying to explain to Ursula that he needs Gerald as he needs her; her for the perfect relationship with a woman, and Gerald for the perfect relationship with a man. Scroll Up and Grab Your Copy! 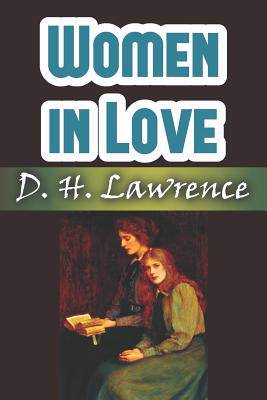