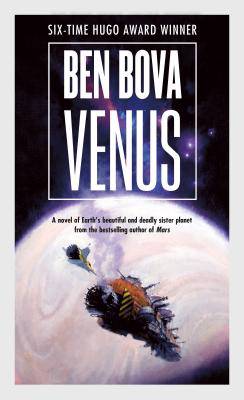 Venus is a fast-paced adventure based on the latest real scientific discoveries--from Ben Bova, a master of science-based SF and author of Apes and Angels

The surface of Venus can melt aluminum, the air pressure can crush spacecraft landers like tin cans, and the atmosphere is a choking mixture of carbon dioxide and poisonous gases. This is where Van Humphries must go. Or die trying. His older brother died in the first attempt to land a man on Venus, years before. Now his father is offering a ten billion dollars to the first person to land on Venus and return his oldest son's remains. Two teams race to land on Venus, retrieve the remains, and claim the prize. What Van Humphries will find on Venus will change everything--our understanding of Venus, of global warming on Earth, and his knowledge of who he is.