He knows things about her that no one could know; he makes her feel things she never knew she could feel...and he's come back to warn her that a killer is watching her.
Although Katie grew up in Possum Holler, Georgia, she feels isolated and disconnected from the town's residents-aside from her loving but oppressive husband. And while her job as his vet assistant is fulfilling, her growing discontent becomes uneasiness when local girls start disappearing.
Then, the boy who helped her through a horrible time in her childhood, and who was sent away because of that help, has come back to town. Spooky Silas, as he was known then, helps open her eyes to the emotional manipulation of the man she married, encouraging the return of her feisty self.
But that's not the reason Silas has returned. He knows something about the missing girls. And he knows Katie is next. He has always loved Katie but stayed away to keep her safe from the shadowy abilities he possesses. Those abilities may help, or they might ultimately plunge her into more danger as he grows closer to the killer ... whose face is terrifyingly familiar. ⭐⭐⭐⭐⭐ "Tina has unforgettable female protagonists and action-packed, almost haunting plotlines." - Janet Evanovich New York Times bestselling author⭐⭐⭐⭐⭐ "Grabbed me from the start kept me on the edge of my seat." - Goodreads Reviewer
⭐⭐⭐⭐⭐ "I was on the edge of my seat, and at times I was yelling at the book. Tina had me from the beginning til the very end." - Goodreads Reviewer 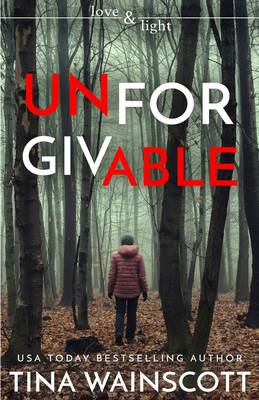