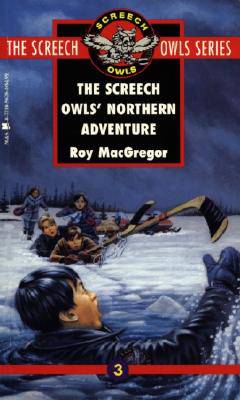 The Screech Owls are on the road again, on a bumpy plane ride way up North that will land them in some very deep trouble! When Jesse Highboy's dad asked the Screech Owls how they felt about going to James Bay to play in the First Nations Peewee Hockey Tournament, everyone thought it was a great idea. It was the first time a non-native team had been invited, and the pressure would be on the Owls to live up to the honour and play some good clean hockey. More important, Travis and his teammates would also get the chance to stay with local native families, eat traditional food, travel by Ski-Doo, and experience what life in the North is all about. But freezing to death all alone in the bush, with a storm howling and the dreaded Trickster stalking the night? No one had asked the Screech Owls how they felt about that! The Screech Owls' Northern Adventure is the third book in the Screech Owls Series. Check out the Screech Owls' website at www.screechowls.com