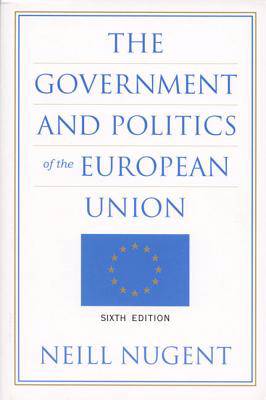 The Government and Politics of the European Union

The leading text in its field, The Government and Politics of the European Union offers a clear and comprehensive explanation of the historical development and ongoing evolution of the European Union (EU). As in previous editions, this sixth edition presents an account and analysis of the origins of the Union, the key treaties, the main institutions and political actors, and the EU's policies and policy processes. The book, in short, explains where the EU has come from, what it now does, and how it does it.

There have been many developments within the European Union since the last edition of this volume. In May 2004, the EU increased in size from fifteen to twenty-five member states, and, in so doing, became a pan-European, rather than Western European, organization. The following month, national leaders reached agreement on the contents of the long-discussed and exhaustively negotiated Constitutional Treaty only to see the fruits of their labors rejected in 2005 by voters in France and the Netherlands. These are only the most obvious manifestations of a constantly evolving integration process addressed throughout the book. Every chapter has been extensively revised since the last edition.

The Government and Politics of the European Union also includes reflections on the conceptual and theoretical tools used to analyze the integration process and the EU, as well as on the factors likely to influence the Union's future development.