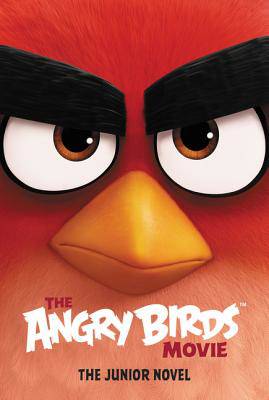 Life's a beach for the happy birds of Bird Island. They work, play, and raise their hatchlings without a care in the world. A few Angry Birds can ruffle some feathers, but that's what anger-management classes are for. Red--the angriest of them all--doesn't want to go to class. He'd rather be alone. Then a ship of pigs lands on the island and the birds welcome the fun-loving pigs. As more ships arrive, filled with pigs and their crazy contraptions, Red grows suspicious. Can he channel his anger to uncover the pigs' big plans? The Angry Birds Movie: The Junior Novel tells the entire story from the movie and includes a section of photos from the film!

The Angry Birds Movie, based on the international video game phenomenon, arrives in theaters spring 2016. With a star-studded cast that includes Jason Sudekis, Josh Gad, Maya Rudolph, and Peter Dinklage, this film will finally answer the question: why are the birds so angry?