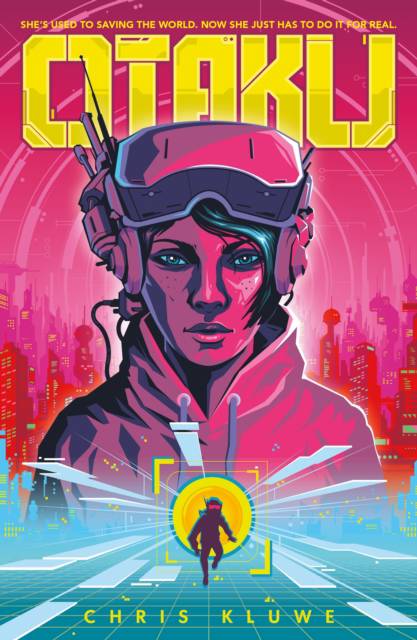 Otaku is the debut novel from former NFL player and tech enthusiast Chris Kluwe, with a story reminiscent of Ready Player One and Ender's Game.

Ditchtown. A city of skyscrapers, built atop the drowned bones of old Miami. A prison of steel, filled with unbelievers. A dumping ground for strays, runaways, and malcontents. Within these towering monoliths, Ashley Akachi is a young woman trying her best to cope with a brother who's slipping away, a mother who's already gone, and angry young men who want her put in her place. Ditchtown, however, is not the only world Ash inhabits. Within Infinite Game, a virtual world requiring physical perfection, Ash is Ashura the Terrible, leader of the Sunjewel Warriors, loved, feared, and watched by millions across the globe. Haptic chambers, known as hapspheres, translate their every move in the real to the digital--and the Sunjewel Warriors' feats are legendary. However, Ash is about to stumble upon a deadly conspiracy that will set her worlds crashing together, and in the real, you only get to die once...