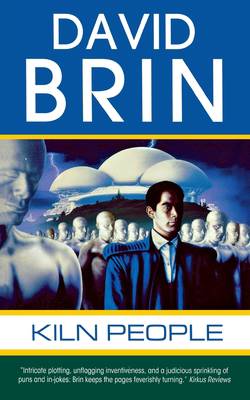 In a perilous future where disposable duplicate bodies fulfill every legal and illicit whim of their decadent masters, life is cheap. No one knows that better than Albert Morris, a brash investigator with a knack for trouble, who has sent his own duplicates into deadly peril more times than he cares to remember.

But when Morris takes on a ring of bootleggers making illegal copies of a famous actress, he stumbles upon a secret so explosive it has incited open warfare on the streets of Dittotown. Dr. Yosil Maharal, a brilliant researcher in artificial intelligence, has suddenly vanished, just as he is on the verge of a revolutionary scientific breakthrough. Maharal's daughter, Ritu, believes he has been kidnapped-or worse. Aeneas Polom, a reclusive trillionaire who appears in public only through his high-priced platinum duplicates, offers Morris unlimited resources to locate Maharal before his awesome discovery falls into the wrong hands. To uncover the truth, Morris must enter a shadowy, nightmare world of ghosts and golems where nothing -and no one-is what they seem, memory itself is suspect, and the line between life and death may no longer exist. David Brin's Kiln People is a 2003 Hugo Award Nominee for Best Novel.