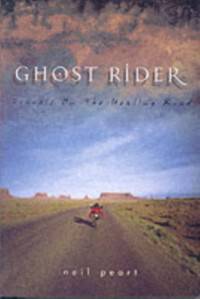 Travels on the Healing Road

A bold narrative written by a man trying to stay alive by staying on the move. Within a ten-month period, Neil Peart suffered family losses so devastating that they left him a ghost - physically a man but with nothing inside: no hope, meaning, faith, or desire to keep living. One year after the first tragedy, Neil was choosing between life and his own death. Finally, all he could decide was motion. He got on his BMW R1100GS motorcycle, and over the next 14 months, rode 55,000 miles, in search of a reason to live. On a journey of escape, exile, and exploration, he traveled from Quebec to Alaska, down the Canadian and American coasts and western regions, to Mexico and Belize, and finally back to Quebec. While riding "the Healing Road," Neil recorded in his journals his progress and setbacks in the grieving/healing process, and the pain of constantly reliving his losses. He also recorded with dazzling, colourful, entertaining, and moving artistry, the enormous range of his travel adventures, from the mountains to the sea, from the deserts to Arctic ice, and the dozens of memorable people, characters, friends, and relatives he met along the way, and who increasingly contributed to his healing and sense of meaning and purpose. He begins the journey with nothing, "the Ghost Rider."

What he finally attains is joy, love, and indelible memories of the most extraordinary journey of his life. Ghost Rider is a bold, brilliantly written, intense, exciting, and ultimately triumphant narrative memoir from a gifted writer and musician, who started out as a man reduced to trying to stay alive by staying on the move.