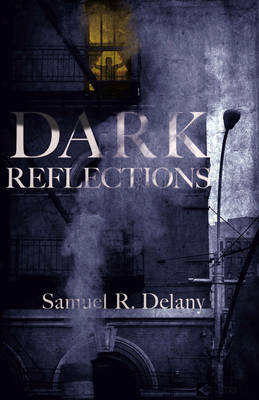 "Samuel R. Delany is not only one of the most profound and courageous writers at work today, he is a writer of seemingly limitless range." -- Michael Cunningham, author of The Hours This Stonewall Book Award-winning novel traces the life and unrealized dreams of Arnold Hawley, a homosexual African-American poet. Albert's poetry ultimately meets with modest acclaim but only after decades of striving. Romance and friendship are likewise elusive, despite an impulsive marriage to a stranger. His outsider status -- black, gay, and a poet -- compounds his struggles to create art, to find a readership, and to lead a meaningful existence.
Beautifully written in reverse chronological order, the story opens with Albert's lonely old age and ventures back in time to his arrival in New York City of the 1950s. A meditation on isolation and sexual repression, Dark Reflections also offers an acerbic look at the literary world and the frustrations intrinsic to artistic life. "One of the most honest books I've ever read about the martyrdom of the writer in the contemporary world. Samuel Delany, who had entertained readers for decades with his rich fantasies, now gives us the truth and nothing but the truth. At certain points I wanted to put this book down because it was so sad -- but I couldn't because I was so enjoyable by its spare beauty and its searing frankness." -- Edmund White, author of A Boy's Own Story "Among the most detailed, thoughtful, and heartbreaking portrayals of a writer's life." -- Los Angeles Review of Books