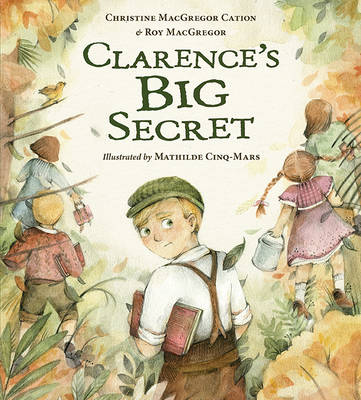 Clarence Brazier kept a big secret for nearly one hundred years: he didn't know how to read. This picture book tells the true story of his journey to learn--and then love--to read. As a young boy, Clarence cut class and took over the farm work when his father was blinded in an accident. Clarence worked as a logger, maintained his own successful farm, and became a father and a grandfather. All the while, he never learned to read. His wife was the only one who knew his secret. When she passed away, Clarence taught himself to read using junk mail. He was almost one hundred years old! Eventually, Clarence confessed to his daughter, a teacher, who helped him learn more. He went on to love reading and became a passionate literacy advocate until he died at age 105. This inspirational and empowering story highlights Clarence's resourcefulness and the power of literacy. It illustrates the use of growth mindset to achieve difficult goals, and shows it's never too late to learn a new skill.